Hey Kitchen Fact lover! Today we will learn how to make Jungle Juice with watermelon. Are you ready to apply this easy jugging recipe? Lets we start the watermelon Jungle Juice making. 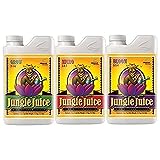 What Is Jungle Juice?

Jungle Juice is the name of a specific mix of liquor traditionally and mainly intended for group consumption. The majority of Jungle Juice mixtures are made of high alcohol quantities mixed with a number of random juices. There is no specific type of alcohol in a Jungle Juice. Several types are used, including vodka, tequila,  rum, gin or even whiskey. These are usually mixed with common fruit juices, such as orange juice, pineapple juice, grapefruit juice, apple juice or many other types of juice. The juices are meant to add a unique flavor and to stretch and “juice down” the amount of alcohol.

In addition to all the aforementioned, the mix also contains slices of various fruits. Watermelons slices, pineapple slices or grapes are some of the most commonly used fruits. The chunks/slices of fruit are used to add even more flavor into the mix. Another popular type of Jungle Juice is made by mixing Ever clear together with frozen juice concentrate. These two contents are added to a large container, such as a garbage can, mixed together and diluted to the desired strength using a hose. “Hunch Punch” is the name of the variation made with cool-Aid instead of fruit juice.

Jungle Juice is one of the most popular drinks on United States campuses. Preparing it is a time consuming and rather a tedious process, but the end results are well worth the effort. This type of drink is a well-known favorite in both Missouri and New York, and throughout the years, the original mix was tweaked over and over again to perfection. This drink is also commonly known as Purple Jesus or Hunch Punch.

As to the origin of the name itself, there are a few well-known explanations. The name is self-explanatory. Due to its high potency, the drink causes the consumer an advanced state of inebriation, which leads to the display of animal-like behavior. Another common explanation for the origin of this drink comes from “military practice”. It is said that when stationed in the jungle, the military would often mix alcohol with other types of drinks or juices available.

It has been noted that the term was coined by the US Marines during World War 2 in the Pacific. They were mixing different types of alcohol with the juices from locally supplied fruits. The mixture was usually made in canteens, but other types of vessels were often used.  Pineapple juice and coconut juice were some of the most common choices, due to their high availability. A short story published in the “Atlantic Monthly” described how the US Navy prepares and consumes Jungle Juice in the tropical areas.

They poured different types of fruit juices into a jerrycan, diluted the mixture with water and simply let it sit in the intensive sun. The heat of the sun would make the mixture ferment and the drink would then be ready. Because they were dry at that time, the US Navy has not added any additional type of alcohol into the mixture.

In Australia however, the “concept” of Jungle Juice is slightly different. In Australia, the mix with the same name is a cask wine(or goon) and punch made from vodka, with added soft juice frozen concentrate or sometimes cordial. The most common flavors of Australian Jungle Juice are either orange or tropical, but sarsaparilla, lime or even raspberry have commonly been experimented with.

The Aussie “version” is usually made in either buckets or eskys. The name “Jungle Juice” is also commonly used as a nickname for a health beverage named XANGO. The main ingredient of XANGO is the mangosteen fruit, a fruit that grows almost entirely wild and can be found only in South East Asia’s tropical rain forests. Because of its main ingredient, XANGO was nicknamed in the same way as the popular fruit-based drink. There is also a brand of wine, from the Northside of Kentucky, and even a particular mixture of gasoline, intended for being used by Formula 1 cars, that go under this name.